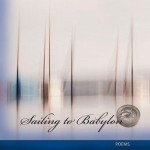 From Michael Lista’s 2012 piece in the National Post. In “Quarry Park,” Pollock is a new Dante, navigating a dark wood in the middle of life, but Virgil, his guide, is recast as Pollock’s own young son; throughout the poem the erudite Pollock is always trailing behind his young master, belatedly aestheticizing what his […read more] 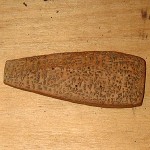 Student is excited when he finds an intriguing, buried stone tablet with mysterious and ancient-looking writing. Expert laughs and says it looks like the cuneiform fairy is at it again. By Susan Lampert Smith Wisconsin State Journal What would you think if you found this atop a mound in a Madison park? UW·Madison stude […read more] 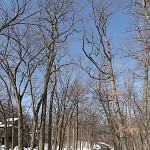 Varied architecture, winding drives and a key park Jay Rath on Thursday 04/04/2013 The Hoyt Park area is one of Madison’s centers of mid-century modern homes. The Downings’ home, like many, features natural materials. Credit: Carolyn Fath Residents call it “the neighborhood within a forest.” For the most part it’s a hi […read more] 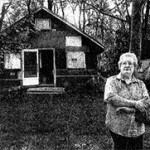 Family has lived on property since 1924 by Cary Segall Wisconsin State Journal Hazel Leonard of Baraboo believes her family owns this house and at least 11 acres of the surrounding woodland on Madison’s near West Side. The city acquired the land, called Quarry Park, in 1953. Until he died in August each 62, Jim Corcora […read more]